Monster Box is a pastime game that helps relieve stress thanks to lovely graphics and effortless operation—a very suitable game for everyone from young children to the elderly. Just by retracting and releasing to let the monsters fight, you can have fantastic relaxing moments. 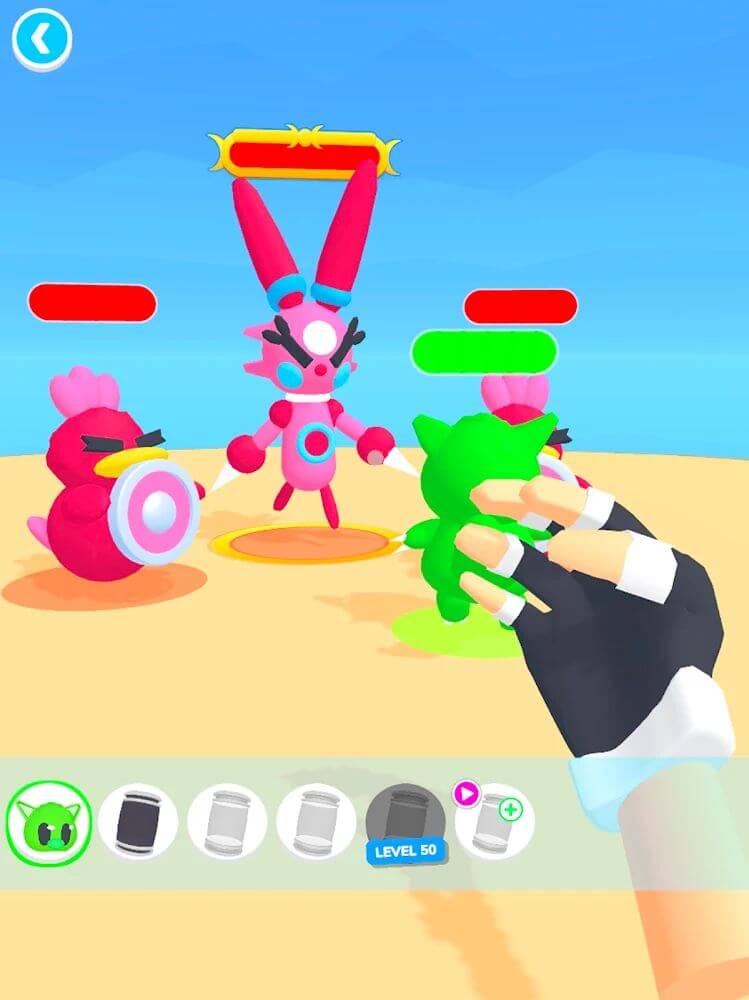 IN AND OUT, WHOEVER IS STRONGER WILL LIVE

Very natural law applies in this game. It is that the stronger will live, the weak will be defeated by the strong. The player needs to collect the monsters into the jars, and then when they encounter a strong monster, release them to fight.

If your monster defeats the other monster, you will be able to capture it in the next jar. Take note of the health of the monster you own. If they are low on health, they are easy to defeat. At such times capture them back in the jar and send another monster to fight.

The jars in the Monster Box are magical! When monsters are collected into the jar, they seem to gain more energy and become stronger.

THEY’RE MONSTERS, BUT THEY’RE SO CUTE

This is the most significant plus point of the game, and this also allows children to play it. The game’s graphics are adorable and do not create a sense of violence at all. The monsters are drawn like cute toy models; there is no scary scene of gore when defeated!